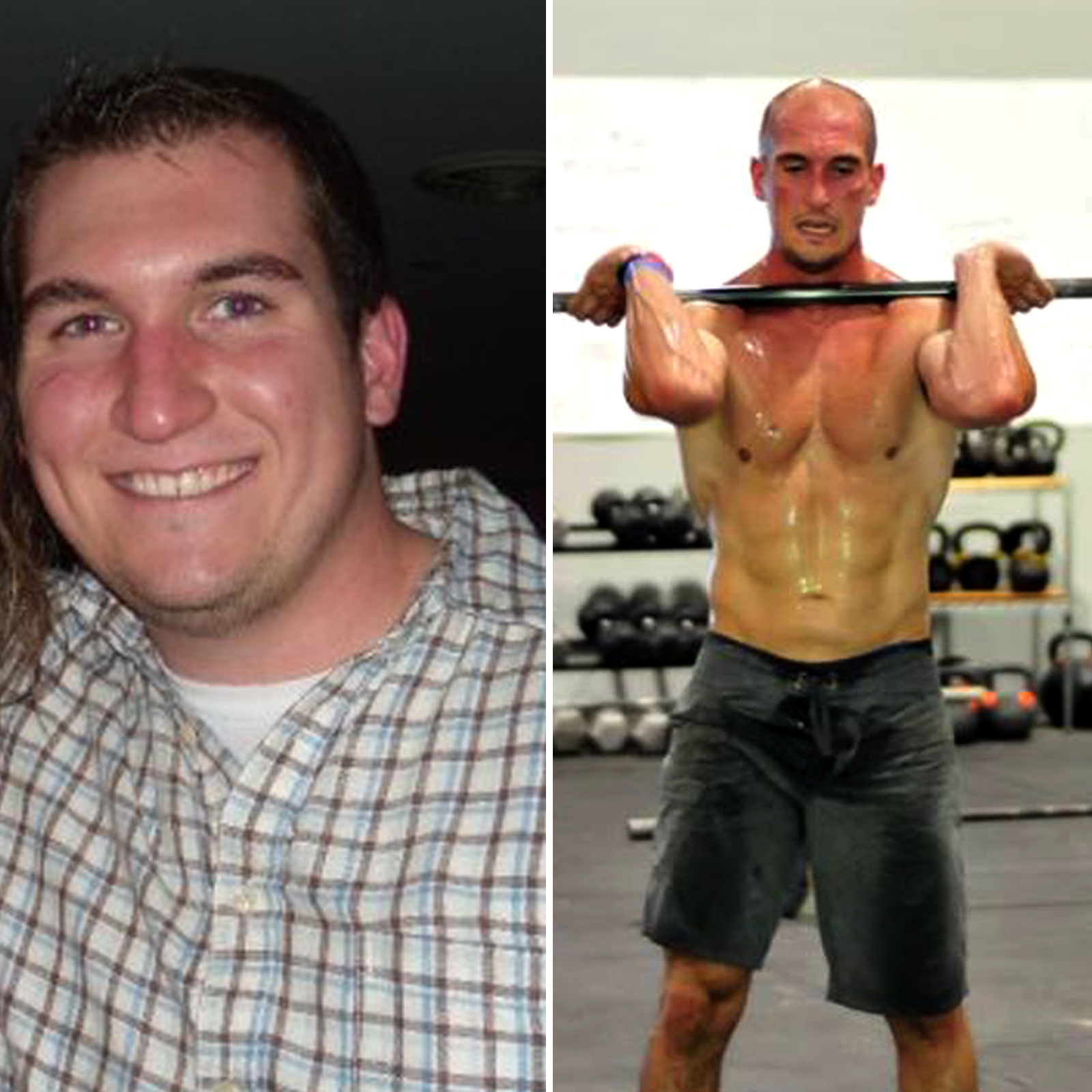 I’ve hesitated for a long time putting these thoughts down to be put out into the ether of the internet. Fear of vulnerability and misinterpretation of what I’m writing as a “look at me” piece of writing, have prevented me from placing my own experiences in the limelight. But I wanted to share my personal journey as an athlete, coach, business owner etc. in hopes to show that you are in control of your own perception and where you take your life.

As a pretty average athlete growing up I can vividly remember being at soccer practice in the mid summer and having an overwhelming feeling of self-consciousness to taking my shirt off. Other 14 year olds on my team has muscles, had six packs and I was a bit younger, had no muscles and had that little belly. Now that was perception, the reality was that we were all scrawny little kids kicking a ball around in the summer heat.

Like most who go from playing a sport years on end growing up to not doing really much of anything I experienced weight gain. Not really understanding the basics of nutrition, and looking back, simple math, I gained weight. Who’d of thought, going from competitive soccer to “living life to its fullest” with no governing factors spells disaster. I distinctly remember what I think of as my shift in mindset.

Standing in front of the mirror in my bathroom in OTR after another night of partying and late night food and just thinking to myself “I don’t like what I see and I’m going to change it”. That’s it! That was my thought process. I had no plan, no idea what I was going to do, but I wanted to change what I was seeing. I regularly joke that if anyone tells you that they got into fitness for any other reason than to look good naked they’re lying. There is absolute truth to that though, I was 23, I was unhappy, couldn’t get a date because I was unhappy with myself and I wanted, no needed to change something.

I didn’t know where to start, so like most. I went to the closest gym to me. Urban Active, you all remember those? Anyways I’ll spare you the details of looking like an idiot having zero real training in a weight room. I was a soccer player after all, what did I have to lift for? I run and kick stuff. In 2008. an old college roomate, now member at Triumph told me that some of his friends did this thing called CrossFit. I looked into it and did my first “WOD” and like most I got my butt handed to me.

I continued down this path, cherry picking workouts off the mainsite for about six months. Mind you, doing this all at an Urban Active. Take a moment to visualize with me. “Helen” is three rounds for time of a 400m run, 21 kettlebell swings and 12 pull ups. Now think about how a large gym is set up, with all the machines in one place, free weights in another and squat racks in the corner and so on. NOW think about little me sprinting 400m on a treadmill, upstairs mind you, running downstairs, doing 21 swings with a dumbell then doing whatever dead fish, sort of pull up thing I was doing on a TRX stand.

Needless to say, I was “that guy” at the gym. It was time to move on. I started at a gym locally in late 2008. I was hooked, I would show up at the 5:00 AM class and do laps around the building holding a 45lb plate in mid December. I was getting my ass kicked daily and I LOVED IT. Moving forward I found myself watching videos late at night on youtube, in awe at what some of the early “fire-breathers” were accomplishing and I wanted it. What was a way to look better naked turned into a passion of performance. Hours, days, weeks and months of failure built me into the ability to get to what was the now defunct CrossFit Regionals four years in a row, once qualifying as an individual.

I thought that was it, I was a CrossFit athlete. I couldn’t have been more wrong. I don’t know if you know this but CrossFit is pretty hard stuff. Even harder to do well and only a select few can do at a peak level for any given amount of time. I sacrificed relationships, friendships, time and energy in pursuit of something that when we get down to the brass tacks, is just exercise.

It took a long time from those around me to realize the importance of the community you surround yourself with and bringing up those around you. Which is where the passion of owning Triumph along with Mark. I could go down this road for another couple pages but I’ll spare you the sappy Hallmark quotables.

What I want to talk about in relation to my personal story is how we hear often “you’re so lucky, you can do muscle ups, handstand push ups, lift X weight etc.”. Each of our journeys is wildly different. Like I said above, I have spent an inordinate amount of time perfecting how I do my pull ups, handstand push ups and muscle ups to name a few. That was my long and arduous journey, with its own failures and successes.

Your journey probably looks quite different. I don’t possess the skills that would make me a great parent because I haven’t spent any time preparing to do so. I would be a terrible teacher because I have taken zero steps to get me ready for the trials and tribulations that go along with being a phenomenal teacher. I would lose just about any company millions of dollars if put into a position where I had to make million dollar decisions. Again, my path has nothing to do with making large scale decisions.

The point being, you’re not any less of an athlete or any less fit than the person who can do what you cannot. Your journey may have started at different times. For example, if you’re next to a elite level gymnast who started doing back handsprings at the age of 4 and you’ve just started your pursuit into bettering yourself, there is no need to compare yourself to that gymnast. Their “point A” started well before yours did. That’s not to say they are better than you are, they just started at a different time and it happened to be before your starting point.

The same can be taken in the opposite direction. If you’re a director of marketing and the person standing next to you got an entry level marketing job, there is no need to compare them to you. Your experience denotes that you’ll have the upper hand for some time. That’s not to say the entry level employee cannot improve, you just have different starting points.

Like any change, it takes time. My personal journey in fitness is ongoing and it’s been over 10 years. My personal journey into running a business is smaller, and I’m still making my fair share of mistakes. We’re playing a long game here. As humans we’re pretty bad at taking time in perspective. It’s hard for us to see how far we’ve come and we tend to focus on how far we have to go. Fitness, like anything else in life is a step by step process. Sometimes that step is backwards, with say an injury, but it is up to you and you alone if you let a step backwards unravel the entire body of work, pun intended, that you have been working towards.

Regardless of your starting point, whether it was today or five years ago. You will always find things you excel at and others you will perpetually struggle with. Embrace the things that come easy and chip away at those you find difficult. Soon enough you’ll be able to look back and say “I’m so lucky”.