Myths vs Reality in CrossFit 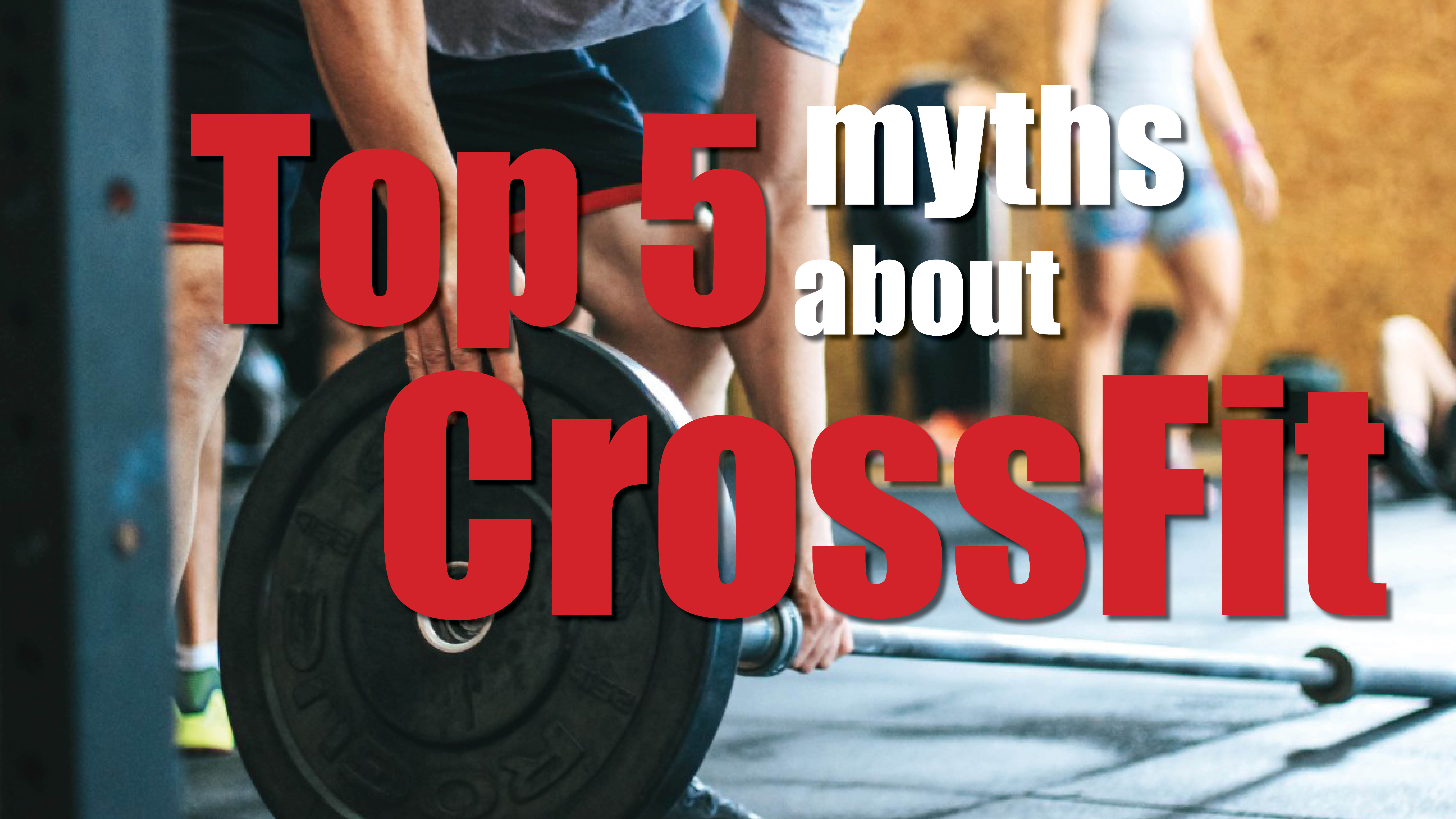 There’s no shortage of myths out there regarding just about everything under the sun. Heck, they even made a little show about it. It was sort of popular and only ran for 16 seasons. Kidding, it was wildly popular. In part because we’re constantly hearing things about subjects we don’t fully understand. Over time, some of these things become accepted. Today I’m here to debunk some myths about CrossFit. Below are the top five myths we’ve heard over the last decade.

I’m going to get hurt This statement is widely used to either make an excuse to avoid tough physical activity or to bash something they most likely have never participated in. CrossFit recently won a case against one of the largest fitness organizations in America regarding falsifying injury rates. The reality is that regardless of what you do of ANY activity, the more you do of something, the better chance you’ll get a varying result. If you drive once a year vs. if you drive 100 miles every single day, the chances of you getting a speeding ticket are much higher if you drive 100 miles a day. 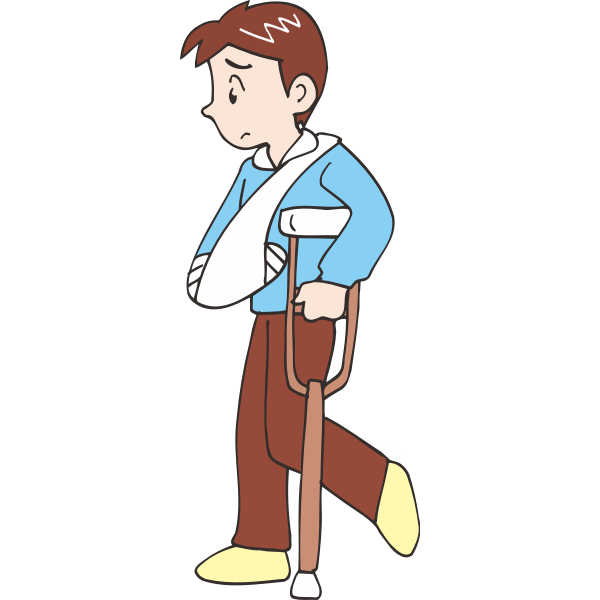 Now, regarding being physically active and CrossFit. There is no evidence that says the movements you encounter will result in you being injured. Nothing that CrossFit has created is new. The squat, the press, the push up, pull up. All of these have been around for a very very long time before CrossFit was created at the turn of the last century.

The beauty of CrossFit is that it is infinitely modifiable. If my grandmother comes to the gym she can do the exact same workout as I will be doing. Her level of intensity, weight and movement difficulty may be different, but in essence she will be performing the same exact workout. For example, one of the most well known CrossFit workouts around. Fran, 21-15-9 thrusters and pull ups. If my grandmother is at Triumph and is performing the same workout it may look like this: 15-12-9 squat to box and press with PVC pipe and upright rows on the rings or a bar. As you can see she’s replicating the same movements with less intensity and difficulty.

Regardless of your current ability you can do this. To ensure your safety at a CrossFit gym or any gym for that matter. Talk to your coaches, ask questions, be “that” person. Safety is our absolute number one priority, but if I don’t know that your shoulder is bothering you from last night’s rec league softball game and we’re doing overhead movements today, I cannot modify movements as needed.

It’s all about the bros 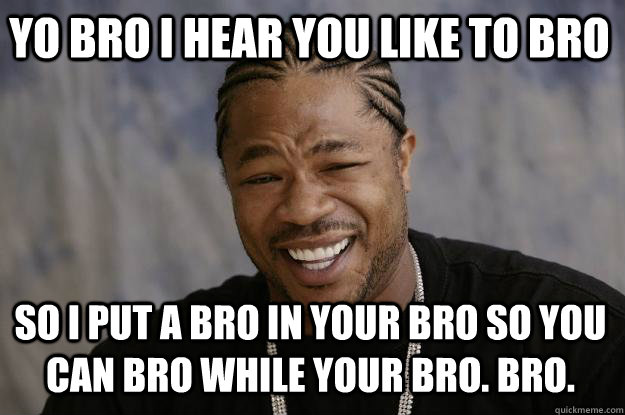 A quick Google search with flood your screen with 22 year old jacked dudes throwing around barbells like they’re broomsticks. This couldn’t be further from the truth. Our demographic at Triumph is actually closer to 60/40 women to men with an age range of 35-44. In a world where sex sells it’s easy to see why images like the ones described above can be in the fore front. But in reality, most of us just want to get a great workout with friends and have time to be with our families and that’s what we are striving for daily. We like to think of Triumph as a sanctuary for you. A place to come and dump off the emotional and or physical baggage from your day and work out with some amazing people, feeling better than when you stepped through the door.

I have heard this one alot, almost exclusively from females; however, not to say that is exclusively the case. This can be a touchy subject and I preemptively apologize if I get something askew. I do not know what the term “bulky” means to each individual, I can only make assumptions and speak from conversations I’ve had on the subject.

From my best understanding this myth comes from the thought that using barbells, dumbells and kettlebells at any sort of weight will create a figure that is more in tune with being masculine than feminine, mostly referencing some of the top females in the sport of CrossFit. But, again for the vast majority of the general public “getting bulky” will never happen to that extent. To understand what it takes to get to that level, let’s look at a normal training day of a CrossFit games athlete.

This is a lighter day of training. Generally speaking getting in 18-20 workouts over the course of a week. Not to mention all of the nutritional, recover and mobility work that goes into being able to sustain such a training schedule. The point I’m trying to illustrate here is that coming M/W/F to an hour long class will not in essence completely change the composition of your body. What will happen is that you’ll be able to do more than you thought you’d ever be able to do, learn new skills and have fun with friends while doing it.

I have to be in shape first

As coaches we hear this a lot from people we’re trying to get into the gym for the first time. The underlying tone is one of uncertainty, fear and embarrassment that they will be the worst one in the class or someone will judge them. Again, this could not be further from the truth, in both statement and reasoning.

Firstly, there really isn’t anything you can do to prepare for a CrossFit class other than, well doing a CrossFit class. The dynamic is almost impossible to replicate on your own. The energy, the music, the sound, the smell. It’s all created in between those four walls and with the group of people in your class.

We pride ourselves in meeting you where you’re at. There is absolutely no expectation of a certain level of physical ability when you walk through our doors. We understand that having a demanding job, family and other responsibilities has taken all of the time in your day. We understand that it’s extremely intimidating to come in to a new place and try something completely new. We understand how awkward everything feels and that you feel silly doing it. We get it, we’re here to help you through your fears and push you toward your goals.

This one sounds silly, but I’ve personally heard it more than I’d like to admit. The first time someone said they thought they were originally afraid to come because they thought the workout was going to kill them I brushed it off as a joke. But then it was said again, this time I took note. The level of fear that a high intensity workout will actually kill you is real. I can promise you it won’t. Our job as coaches is not to make you miserable, to embarrass you or make you throw up. It is to push you beyond what you thought capable of yourself the previous day. A skill garnered by years of communicating with people just like yourself and knowing when to push, when to cheer, when to correct and when to lay off.

In short, we’re here for you. Regardless of where you are in life, how you feel about yourself and your personal level of fitness. We want to help you be the absolute best version of yourself and provide you with the best hour of your day.

At Triumph we start with a conversation, during your No Sweat Intro we just want to get to know you and find out how we can help. We would love to talk to you in person and see how we can help you, share this post with someone who needs it and if you’d like to talk to us CLICK HERE.