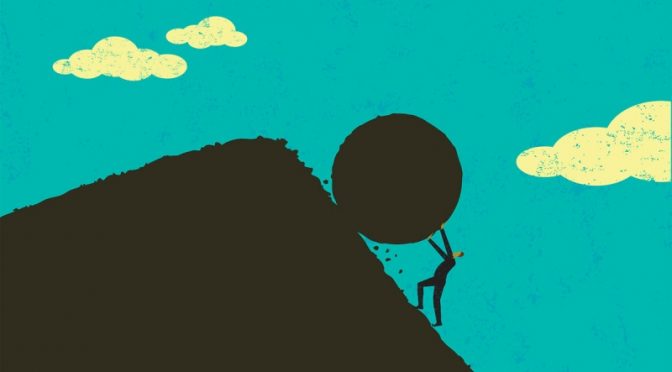 From a very young age I was determined to be the best at everything I did. Whether it was baseball, basketball, math races at the board in elementary, spelling, or races in gym class. I HATED losing! My love of winning peaked in high school when our football team went 10-0. The town rolled out the red carpet for us and gave us a parade on fire trucks. Only to pull that carpet out from under us next week when we got blown out in our playoff game. It was the dose of humility we all needed, but we were still tpo young and infatuated with ourselves to comprehend. We didn’t have time to let the loss soak in because basketball practice started next week. I would like to think my story is not unique. I also grew up in a very small town before Facebook and Twitter were on everyone’s home screen. It feels that the self obsession and “I must win mentality” is only getting worse. But I think we can do something about it! It might sound silly but we have to learn to lose.

Which brings me to CrossFit; the sport whose tagline is “the world’s fittest”. I’m no mathematician, but that’s a small percentage of people. If you don’t believe, me the 2017 CrossFit open started with over 400,000 people and whittled down to just one male and one female as champions. In CrossFit we constantly encourage competition as a throughline in what we do day to day. Also in last year’s open a man decided to cheat by editing his video submissions of the workouts to give him the best score. It was only found out because a bird flew on a small portion of the screen. This would absolutely epitomize a bad loser. How does someone get to that point as a full grown adult and consciously say I must win no matter what?

I’ll try to tell you how. I would venture to say the guy has never lost or learned how to lose. You see this article isn’t about losing on purpose. It’s about coming to terms with the fact that sometimes your best effort isn’t going to take first place. That’s what is called HUMILITY, and my CrossFit friends we need to operate from this place. No matter what you are doing in your life currently, if you’re just winning everyday awesome – but there will come a time when you lose and it will probably be big. What you do after that moment just might define who you are, and on a deeper level it will define who you will be. Don’t fall into the trap of always having to be first because I assure you it’s a never ending cycle. The type of cycle that keeps you in your comfort zone of only doing the things you’re good at and looking down on the less athletic or intellectually inclined.

Competition should not be viewed as a bad thing, and in fact I believe it is a great thing. Especially if you place realistic expectations on yourself and don’t obsess over how other people view your performance. At the end of the day, did you do your best? If the answer is yes, then what’s the problem? Sp, you didn’t get first place out of 400,000 people, and you’ve only been doing it for 6 months. But you hit two PR’s and shaved 2 minutes off a workout! Take pride in the little victories and stop falling for the world’s tricks. Humility is a special talent that is impossible to master. But I would encourage you to start by losing and not on purpose. When it happens, internalize it and ask yourself did I do my best? Whatever your answer is you should be able to LEARN something from that event. The CrossFit open is a great lesson every year, and it’s an awesome opportunity to humble yourself. In 2011, I used to think I was going to the CrossFit Games, now in 2018, I just want to finish all the workouts. I’m absolutely going to try my hardest and push myself. But my place in the open doesn’t define who I am as a person. It also should define people’s view of me. Life is about perspective, and it’s hard to pinpoint when that humility epiphany will happen, but who knows maybe it will be this year for you.